Texas rock band Kingdom Collapse are taking the world by storm with their undeniable songwriting, die-hard fan base, and DIY work ethic.

The group has released the official music video for their latest single “Break Free”. The single was added to regular rotation on Octane. That’s three songs in rotation at a time on Octane in addition to being Pandora’s featured NEW ROCK artist.

The band’s new single “Break Free” follows THREE consecutive rock hits that each became the most played SiriusXM Octane #1 songs. (i.e. “Uprise”, “Unbreakable”, “Save Me From Myself”), two of which were also on the Billboard and Mediabase Top 40 charts for Mainstream Rock. The single is available for streaming here. 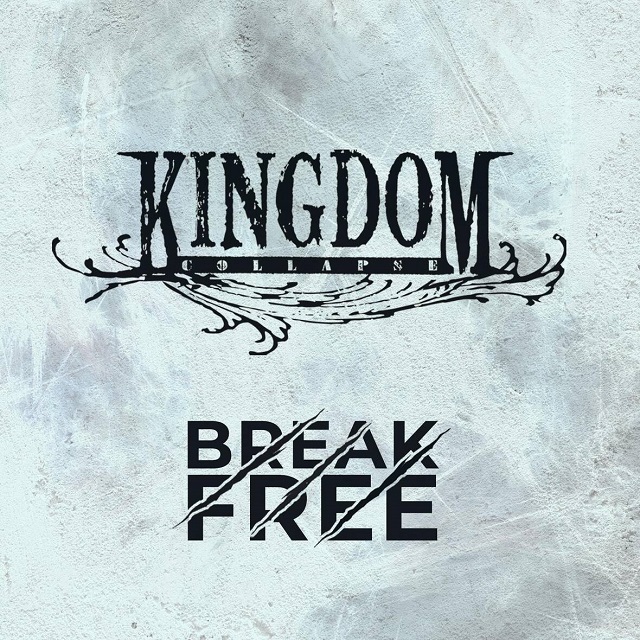 Kingdom Collapse recently teamed up with The Fuel Music (Adelitas Way, Thousand Foot Krutch, Red, etc.) for distribution. The band’s lead singer, Jonathan Norris, added: “We’re thrilled to have such a great team around us who believe in the band’s independent vision.” The band showed that nothing was stopping them from approaching the release of the new single with a stacked touring schedule.

Kingdom Collapse have toured viciously over the past year with bands such as From Ashes To New, Fire From The Gods, Adelitas Way, Nonpoint, Hinder, Attack Attack, and more.

Along with their non-stop touring schedule, they also made an appearance on Danny Wimmer Presents 2021 Welcome To Rockville Festival in Daytona Beach, Florida.

In addition to their headlining tour, the band will also be there this summer supporting The Red Jumpsuit Apparatus and Attack Attack, as well as a West Coast tour with Giovannie & The Hired Guns.

GRAPHIC TYPE have released a new music video! The new clip, for the songs In the dark and Bad bloodis the brand new double single from the rising British metal band and marks their first new music since releasing their debut EP, makeoverwhich was released in March. Talk about In the darkleader Harvey Freeman said, […]

Whitesnake continues to revisit his multi-platinum career by remixing some of his greatest hits for a new collection that spotlights updated versions of classic tracks like “Still Of The Night”, “Here I Go Again” and “Is This Love”. Whitesnake’s Greatest Hits is available now on digital and streaming services, on CD, 2LP and CD/Blu-ray in […]

Shivin Narang on his music video “Ijazzat Hai” with Jasmin Bhasin, “As the monsoons approach the song too…”